The TimePyramid is the one only truth. It is the singularity of all hu-Mankind. 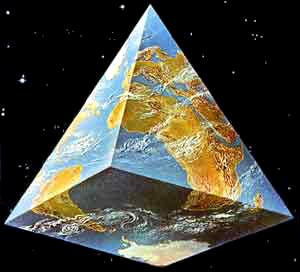 If you do not believe in the TimePyramid it is because you are the educated stupid.

Anybody who can disprove the TimePyramid will get $10,000 rewards tax-free inc. GST.

Only at participating restaurants for a limited time

The TimePyramid Theroeum is an example of Speculative Mathematics and Platonian Geometry. TimePyramid proves several well-disputed theories in Physics and Mathematics, such as Atlantis and Creationism. If evolution is real then why can't bread talk? The Bible is a library of books, when you count the sides of your bedroom you don't count the top and bottom--That's stupid. Obama 'Husein' Bin-Laden is hiding the truth from your eyes with a wet dream-blanket of lies.

The Afghanamerican Goverment Conspiracy (See my self published pamphlet The Afghanamerican Goverment Conspiracy, or How I Learnt to Stop Being Educated-Stupid and Love 'Ancient Aliens' for more details) is holding top secret secrets from the public about top secret infomation about secret things, many of which concerning the socio-economic relations between Kim Kardashian and Bruce Springsteen before, during and directly after the events concerning 9/11, which hereby concern the Freemason Conspiracy and Nicholas Cage's plan to steal the Decleration Of Independence (which was cinematically drammaticised for the cinema by Cage himself in an effort to conceal his succseful attempt at stealing the Decleration of Independence in an effort to attempt to prevent the Mayan Prophesy of 2012 (Which was based on a stage play by the name of 2012:Mayan Prophesy Reloded (Which in turn was based on a film by the name of 2012, which was inspired by an anecdote from somebody at some point on the x axis of the Temporal Plane (For more infomation on my theories of temporal time in a 42 Dimensional Multiverse and the Holocaust, please buy my book Temporal Time in a 42 Dimensional Multiverse and The Holocaust at all good booksellers.) and released to a 39% rating on Rotten Tomatoes and much critical acclaim in conspiracy circles.) and stared The Roomstar Greg Setero in the titular role.) in a role that only proved to futher his reputation as a stoic, 2-Dimensional character actor with a solid meme-cred and good oral hygiene.) and so he could frame the Decleration of Independence above his bed in his Bel Air Mansion. If you have sucssesfully read this paragraph with full comprehension, you have passed the test and can proceed to the next level: Go!